Why I don’t celebrate Hallowe’en in the classroom. 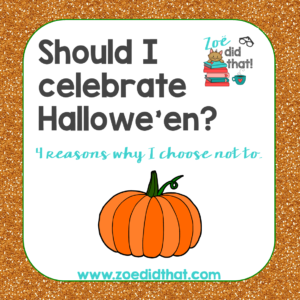 I like to be open with you guys. You should know that by now. And I am going to explain to you why I am not a Hallowe’en fan. Not in, nor out, of the classroom. My husband always echoes “we don’t celebrate Hallowe’en” if he sees an advert or something themed on Hallowe’en. If you asked him why, he would probably say – “my wife doesn’t like it.”

In fact, it was him who reminded me of my aversion to Hallowe’en when I was considering making a line of products for my TpT store on a Hallowe’en theme. But the Americans love Hallowe’en! There are mainly Americans on TpT! I might sell more products!

I also wouldn’t exactly being staying true to myself or my values. My brand zoedidthat is a personal one. It represents me and I represent it. I can’t make products for something that I don’t agree with. It is just not right.

It isn’t just my decision not to commemorate Hallowe’en. Honestly, I don’t deprive him of it. There is always chocolate (or candy bars) in the house anyway. I can’t get away with having none in when I am married to a chocaholic and a stepmum of a 13 year old. Husband is also not really a big fancy dress kinda guy. He is super sensible, super steady and super responsible. He also has a silly sense of humour and has no aversion to kids. I, on the other hand, actively work with primary kids and love it. I dress up as often as I get the chance and call it work. Carving pumpkins is an outlet for my creativity and I love candles.

So why not celebrate Hallowe’en?

True story: my stepson was 6 the first time he dressed as a creepy character. He went trick or treating as the clown from the film It. He was 6. He knew about the film too, though thank goodness not watched it and only as a “film with a creepy clown”. Not my, or my husband’s, choice but stepson can be pretty persuasive (obstinate) when he wants something. The next year aged 7 he dressed as the Devil.

Should we really be celebrating ghosts, ghouls, devils, and fallen angels? Should we be normalising evil and tricking each other? Is it ok that this one night we encourage kids to dress up as less than wholesome characters? For me – No. No. And no again. There is enough grim reality in the world once they grew up. Let’s keep kids as relatively innocent as possible.

Finding the perfect costume + keeping up with peers + trying to make it Pin worthy = PRESSURE. Financial pressure. Social pressure. Emotional pressure. For one event that is one night a year. In my teaching career I got told numerous times that I couldn’t have dress up days at school because it was too much of a financial burden for parents/carers. Some people can make homemade costumes that are both beautiful and frugal. They use items they already have, or get them in Charity Shops and with a splash of artistic flair they create an awesome costume. Lots of people who are time, or artistry, starved often buy premade costumes that are not only expensive but also end up being part of a identikit parade…

Personally, I am susceptible to peer, emotional and all sorts of other pressures. Who needs the added expectation that we need to celebrate Hallowe’en in this way??

Hallowe’en was invented by dentists.

Ok, maybe it wasn’t. But seriously? Which other time of the year would it be acceptable to go round shouting at neighbours expecting them to hand out copious amounts of free sweets? Then why is it acceptable for kids to gorge on this bounty? Logically, some parents probably ration the treasures out, but over how long? They aren’t going to be lasting to Christmas. Nor even the start of Advent!

The extra consumption of sugar has got to affect teeth, obesity. All the terrible things our body doesn’t need. Although on the plus side, the traipsing round to collect the sugary goodness probably does rack up a little exercise.

Hallowe’en can be intimidating.

In my neighbourhood there are a number of teenagers. Although I understand that they are harmless and just acting as their hormones dictate. I know that respect is given when earnt. Heck, Stepson is also a teenager. This upsets me on a whole load of levels. Mainly how am I old enough to have a teenage stepson?

Back to Hallowe’en, it can be unnerving to open the door to strangers. Especially a group of young strangers. In the dark. Sometimes in costume. Demanding treats. Much as I love community, you have to admit it could be daunting.

I’m not averse to fun, dressing up nor sweets. I just think that we need to pick the events we celebrate wisely, ensuring the celebrations are a positive experience for everyone involved.

Do you celebrate Hallowe’en? How? Do you agree with me, or think I need to have a rethink? Let me know in the comments, sign up for the newsletter and share this article to spread the debate! 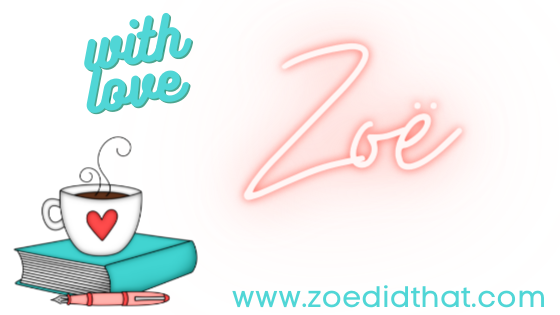